If you’ve never used a solder paste dispenser, you’re missing out. Think about always using a crappy soldering iron, and then for the first time using a high-end one. Suddenly you’re actually not bad at soldering things! It’s kind of like that.

It’s a pretty simple device, built on a PCB. You can select the steps taken, and control the output using a little joystick. A home-made linear actuator (threaded rod and nut) allow you to dispense any syringe-based solder paste, glue, or epoxy with great accuracy.

Here are some photos to give you a better idea of how the PCB works with the syringe. You can check out [MikeM’s] blog for more photos.

See the hystory of Dispenser development from V0 to V4 at : 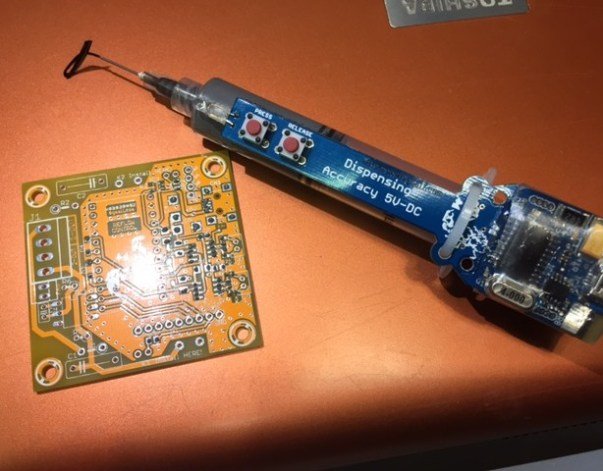 Get your Web shop